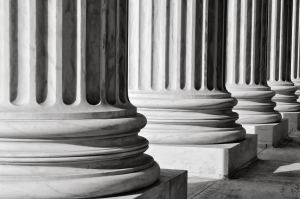 Gov. John Bel Edwards is headed to Washington D.C. on Thursday and Friday (Sept. 8 and 9) for an initial round of personal meetings on Capitol Hill and in the White House about recovery assistance for the Louisiana Flood of 2016.

Edwards is asking for an additional $2 billion in federal funding on top the emergency aid that has already been allocated through the Federal Emergency Management Agency (NOLA.com).

The money that has already come from FEMA has been directed toward immediate needs — such as temporary housing for displaced people, emergency home repairs, food assistance in the immediate aftermath of the flood. Now, Edwards is seeking $2 billion more to address a much broader set of issues, including long-term economic development and infrastructure repairs (NOLA.com).

“This additional assistance is critical to Louisiana’s full recovery from these floods,” Edwards wrote in a letter sent to President Barack Obama over the weekend outlining his $2 billion request (NOLA.com).

The governor has succeeded in getting much of the initial help he wanted for flood recovery from the Obama administration so far. But the U.S. Congress will have to sign off on extra assistance, which might be a tougher sell (NOLA.com).

Republicans currently control Congress and the governor, like Obama, is a Democrat. The U.S. House of Representatives also has several members who looking for the federal government to be more austere and to curb spending. Those types of conservatives might find a major flood relief package distasteful (NOLA.com).

Still, Edwards has a promising meeting with the top two members of Senate Appropriations Committee, including Mississippi Sen. Thad Cochran, a Republican, on Thursday. Cochran’s committee will play a key in deciding how much assistance Louisiana will receive (NOLA.com).

But Edwards won’t be meeting with one key constituency — U.S. House Republicans, who control the chamber. The governor is not getting together with House Speaker Paul Ryan, R-Wis., or other members of the GOP leadership during this trip (NOLA.com).

Edwards spokesman, Richard Carbo, said the governor plans to meet with House GOP leaders when the governor goes to Washington D.C. again next week. Edwards’ trip this week was planned on short notice and a meeting with Ryan and House Majority Leader Kevin McCarthy couldn’t be scheduled in time (NOLA.com).

Edwards has also been discussing Louisiana Flood recovery regularly with Majority Whip Steve Scalise, R-La., over the last couple of weeks. In an interview last week, Scalise said he had already begun to talk about the Flood recovery funding with Ryan and other House leaders as well (NOLA.com).

While he doesn’t have a meeting with him, Edwards is also testifying about FEMA’s response to the flood before the House subcommittee on transportation and public assets, which is headed by Rep. John Mica, a Republican from Florida (NOLA.com).