Alton Sterling was a neighborhood fixture 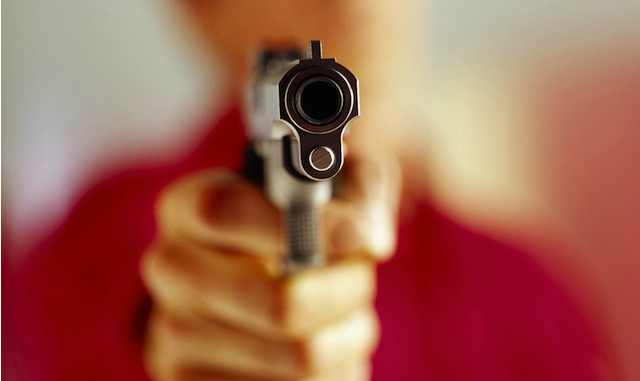 The Washington Post reports that a Minnesota traffic stop turned deadly Wednesday evening as a police officer opened fire on a black driver.

The St. Anthony Police Department confirmed the driver’s death during a brief Thursday morning press conference but did not identify the officer involved in the shooting or the officer’s race (NOLA.com).

The bloody aftermath of the confrontation was broadcast live on Facebook by a female passenger in the car. See the video (warning: graphic content) (NOLA.com).

“He killed my boyfriend,” said the woman, whose Facebook page named her as Lavish Reynolds, as blood soaked through Castile’s shirt (NOLA.com).

In the video, Reynolds says Castile was legally licensed to carry a firearm and was reaching for his identification when the officer opened fire (NOLA.com).

“He let the officer know that he had a firearm and he was reaching for his wallet and the officer just shot him in his arm,” she says (NOLA.com).

As Castile moans and appears to lose consciousness, the officer can be heard in the background shouting expletives in apparent frustration (NOLA.com).

“M’am, keep your hands where they are,” the officer shouts at Reynolds. “I told him not to reach for it! I told him to get his hands up” (NOLA.com).

The incident comes less than 48 hours after the fatal, video-taped police shooting of another black man, Alton Sterling, in Baton Rouge, La (NOLA.com).

In both cases, cell phone video footage of the incident or its immediate aftermath quickly circulated on social media, fueling anger and protests over the police officers’ actions (NOLA.com).

From her video, Reynolds appears to have begun recording seconds after her boyfriend was shot, just after 9 p.m. local time (NOLA.com).

Within a couple of hours, a crowd had gathered at the site of the shooting, according to local television stations (NOLA.com).