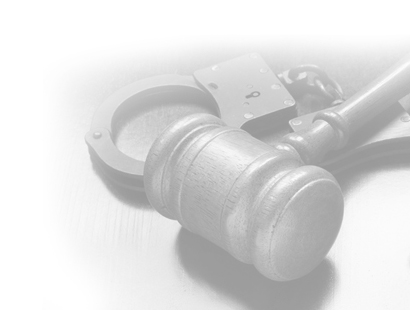 According to Emily Lane and Ken Daley of The Times-Picayune, parties pushing for a federal takeover of the Orleans Parish jail are working with Sheriff Marlin Gusman this week to reach an alternative resolution, according to three sources familiar with the negotiations. Such a deal could allow Gusman to retain at least some of his authority over the facility, the sources say.

U.S. District Judge Lance Africk, who would have to approve any agreement, has twice postponed the restart of the hearing this week, both times without a public reason stated. It’s currently scheduled to resume Friday. If an agreement has been reached and approved by then, the terms could possibly be revealed in court that day. It’s possible that date, too, could be pushed back, the sources indicated.

Katie Schwartzmann, the MacArthur Justice Center’s lead attorney representing inmates who sued to improve jail conditions, said she could neither confirm nor deny if

A statement released by OPSO Wednesday does not confirm or deny negotiations. It says the agency “remains steadfast” in its opposition to a federal takeover but has “always been willing to and remain(s) willing” to work with the Justice Department, plaintiffs and City “to move forward in the best interests” of OPSO employees, inmates and the citizens of New Orleans. The statement also says the office intends to prove at the hearing OPSO has made progress “even in the face of adversity.”

If no deal is reached, Africk likely would resume the hearing and ultimately decide whether or not to appoint a third-party operator, called a receiver, to run the jail. Doing so could strip Gusman’s of his authority over the jail – his primary duty as sheriff.

Nearly 80 percent of OPSO’s budget is jail-related expenses, according to figures provided last week by the agency. If Gusman loses power over the jail, his remaining functions would include courtroom security, conducting auctions of seized properties and delivery of writs and other court processes.

It’s unclear what the terms of a resolution would entail, though one of the sources said it might include the employment of a full-time jail monitor or plaintiff-approved administrator who could report to the interested parties and influence decision-making.

The negotiations started after jail monitors testified to continued “unacceptable” levels of violence at the jail and OPSO’s “abysmal” handling of inmates with mental health problems, including deficient suicide prevention polices, practices and facilities. Lead monitor Susan McCampbell, an expert in the corrections field, testified the first day of the hearing that Gusman’s administration seemed to have “no clue” how to run a jail. She and monitor Margo Frasier, a former sheriff in Austin, Texas, testified about increased instances of violence at the jail — even after moving into a new $145 million facility in September — and expressed concern about what they believed to be underreporting of violence.

Dr. Raymond Patterson, a monitor focusing on mental health services, testified about the March suicide of inmate Cleveland Tumblin. He criticized the jail staff’s monitoring of Tumblin prior to the suicide attempt and the staff’s response to finding his feet hanging underneath a locked shower door. Patterson noted the administration failed to take certain steps immediately after Tumblin’s suicide to prevent a similar incident.

The judge heard chilling details about the January rape of an inmate by his cellmate while that inmate was on suicide watch. Multiple monitors testified about a lack of adequate staffing at the jail or of guards that failed properly engage with inmates as they’re required to do in a “direct-supervision” facility.

Parties pushing for a takeover have so far presented the majority of the testimony.

Gusman’s attorneys had only started presenting OPSO’s case during the most recent two days of testimony. During cross-examination of the monitors and questioning of OPSO’s witnesses, James Wiliams and other attorneys for Gusman argued that significant progress has been made since the consent decree went into effect in October 2013.

For example, Williams noted no stabbings have occurred at the new facility, and stabbings occasionally occurred at the old jail. The uptick in violence incidents, OPSO argued, can be attributed to more transparency and surveillance cameras that do a better job catching inmate fights and other bad behavior. Monitor Patricia Hardyman conceded that progress had been made regarding inmate housing assignments, though she questioned if the classification system was being consistently carried out.

Moreover, Gusman’s attorneys have argued that he cannot be blamed for staffing problems, a deficiency that leads to many others problems, because the City of New Orleans has failed to adequately fund his agency to the level he says is necessary.