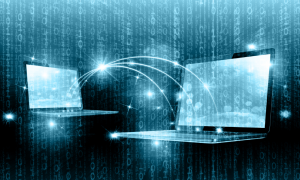 (CNN) Russian cyberhacking activity has continued largely unabated since the November election, including against US political organizations, US officials briefed on the investigation told CNN on Thursday

The attempts appear to trace back to some of the same Russian hackers behind the breaches of Democratic Party organizations in the past year, one official said. The FBI has expanded its ongoing probe of Russian hacks to include the more recent attempts.

Russians “continue to do all kinds of stuff” against American political organizations, think tanks and thought leaders another US official said.

“It’s not like the one and done deal here. They continue to engage in this operation around the clock.” This person said the US is constantly trying to shut down access to different avenues for cyber attacks. “There’s a lot that gets done with our own security services,” the official said. In terms of retaliation against Russia this person said a variety of options are on the table but everything is being carefully considered because “right now it’s like the old cold cyber war and the last thing you want to do is turn it into a hot shooting war.”

The continued activity suggests that despite the election won by Donald Trump, openly favored by the Russian government, Russian intelligence hasn’t curbed its collection on the US political system.

US intelligence and law enforcement officials believe even with a new president considered more friendly to Russia, the Russian intelligence agencies will continue to carry out such hacks.

A senior Clinton campaign official told CNN they received notice “a state actor” was trying to hack private gmail accounts as recently as December 6. The campaign official says they were informed the US election assistance office also had a hacking attempt.