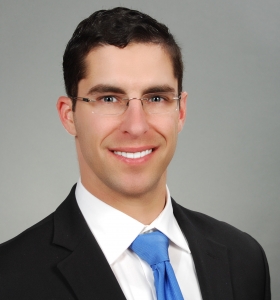 Joseph D. Zanetti is proud to call New Orleans home. Raised in Algiers, Joseph attended Holy Cross High School and went on to play Rugby for the University of Louisiana at Lafayette. He graduated in 2007 with a Bachelor’s degree in Criminal Justice and a minor in Psychology. Joseph was invited to return to his Alma Mater as the strength and fitness coach for the University Rugby team. He selflessly volunteered his time in order to help mold a new generation of university athletes.

In 2008, Joseph worked for the State of Louisiana by investigating crimes and abuse against children. After working for the State for almost two years, he set his sights on law school. In 2011, Joseph attended St. Thomas School of Law in Miami, FL where he was mentored by Alfredo Garcia, a local leading authority in criminal defense law. While at St Thomas, not only did Joseph represent his University as a Moot Court Competitor, he also served as coach for other Moot Court teams. His passion for defending the wrongly accused further cemented his career in law.

In May of 2014, Joseph passed the Florida Bar exam before coming home to New Orleans. Shortly after his return, he also passed the Louisiana Bar exam and was admitted to practice law in February of 2015. Joseph now comes to Regan Law with over three years of extensive experience in Felony jury trials, Misdemeanor trials, and Civil Litigation with the New Orleans District Attorney’s Office.

When he is not “fighting” for clients in the courtroom, Joseph trains local boxers at the New Orleans Athletic Club as a way of giving back to the community.