Essence Festival, Then and Now 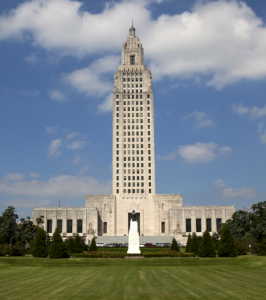 The Louisiana Legislature finalized a state budget and sent it to Gov. John Bel Edwards for his approval Friday (June 16), eight days after missing the regular session deadline to pass it. Edwards isn’t expected to change the $28 billion spending plan and it should go into place as it is written now July 1 (NOLA.com).

“It’s a good budget. It’s a conservative budget,” said Sen. Eric LaFleur, D-Ville Platte, head of the Senate Finance Committee. “The only winner here — it’s not the Senate or the House — it’s the state” (NOLA.com).

The state budget approved by the Legislature fully funds the TOPS college scholarship for the next school year, gives higher education more funding that it has seen in a decade and will provide a pay raise to 38,000 state employees in 2018.

It will also require reductions to mental health services and doesn’t give as much money to hospitals for the poor and uninsured, including University Medical Center, as the hospitals had requested. The state budget also calls for the Edwards administration to hold back on spending $60 million in case the state faces reductions in the middle of the budget (NOLA.com).

In an unusual move, the Louisiana Senate voted 26-9 to approve the exact same budget plan Friday — with absolutely no changes — that the Louisiana House narrowly approved on a 56-46 vote Wednesday. That was done, in large part, to avoid having to send the budget back to the House, where the House leadership said they would try to whip up votes to reject it.

“I’d like to have another opportunity to change it,” said Rep. Lance Harris, R-Alexandria, the head of the House Republican Caucus. “I’d try to get the votes not to concur [on the budget plan].”

Had the House been able to reject the budget Friday, the Legislature would have had to continue to meet to find a compromise on state finances. If they had not passed a budget by July 1, a partial state government shutdown would have been necessary (NOLA.com).

When the Legislature failed to reach an agreement over the state budget before the end of its regular session — for the first time in 17 years — lawmakers were forced to come back into a special session. The special session is costing the taxpayers an additional $60,000 per day.

The plan that was sent to the governor Friday is very similar to what Edwards and the Senate had been pushing during the final hours of the Legislature’s regular session, but that the House leadership had refused to bring up for a vote in its own chamber. Had the House leadership allowed the budget to come up last week, it might have been approved and the Legislature might have avoided a special session this week (NOLA.com).

Indeed, the budget plan only got out of the House this week because a handful of Republicans were willing to go against the wishes of the GOP majority and vote for the spending plan.

The House GOP leadership had wanted Louisiana to take at least $100 million worth of cuts upfront on July 1, in anticipation of a midyear shortfall. The House Republican leadership points out that Louisiana has had midyear reductions every year since 2009, which often results in cuts to higher education (NOLA.com).

“Do I think there is going to be a midyear budget cut? I do,” said Sen. Jack Donahue, R-Mandeville, who did not vote for the budget plan that passed. Donahue, a former Senate Finance Committee chairman who used to help build the budget, agreed with the House GOP leadership and thought money should have been withheld upfront (NOLA.com).