Mayor Mitch Landrieu signed a new law into effect Monday (Sept. 12) that requires New Orleans residents to report when their firearms are lost or stolen. The ordinance also makes it illegal to carry a gun into a city recreational facility, and it criminalizes the “negligent carrying of a concealed firearm” (NOLA.com).

The impetus for the stricter gun measures was the November 2015 shooting at Bunny Friend Playground that injured 17 people at a second-line after party. Authorities eventually indicted 10 people suspected of participating in the gunfight at the Upper 9th Ward park (NOLA.com).

Here are 5 particulars about the new law worth noting: 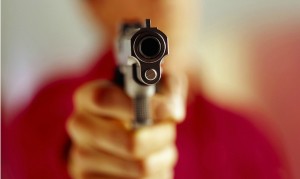 The owner has 48 hours after discovery of the loss or theft to notify the New Orleans Police Department, which will document the incident and the weapon’s serial number, if known. Violators face up to a $250 fine for the first offense and $500 for every subsequent offense.

It’s now illegal to carry a firearm or dangerous weapon on any New Orleans Recreation Development Commission property, expanding the prohibition that already exists within 1,000 feet of a school campus and on school buses. Violations face fines up to $500 and/or up to six months in jail.

The new law penalizes someone — whether they’re permitted or not — when they’re carrying a concealed weapon under the following circumstances:

Violators face fines up to $500 and/or six months in jail time. Judges can also decide to revoke a concealed weapon permit in such instances. Suspects can be issued a summons instead of being arrested, and police may seize their weapons when issuing a summons (NOLA.com).