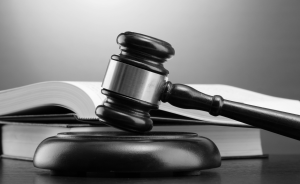 The Supreme Court appeal comes after a federal appeals court ruling that ordered the company to comply with the subpoena, which required it to turn over “information” about its commercial activity in a criminal investigation. The appeals court also said the company could face fines for every day of noncompliance.

The request to the Supreme Court is the latest twist in the secret case, which is under seal and has made its way through the federal court system with uncommon speed.

This is the first known legal challenge apparently related to Mueller’s investigation to make its way to the Supreme Court.

It is not known when the court might decide if it will take action on the company’s request to appeal further. The application is likely an effort to put the lower court action on hold before the Supreme Court is asked to step in to hear an appeal.

“So far as we know, the Court has never had a sealed argument before all nine Justices,” said Steve Vladeck, a CNN Supreme Court analyst and professor at the University of Texas School of Law. “They can keep parts of the record and briefing sealed, and often do, such as in cases implicating trade secrets. But there’s no procedure in the court’s rules for having the whole case briefed, argued and decided under seal. The only times I’m aware of in which parties tried it, the court denied certiorari,” or the review of the case.

The company’s challenge of the subpoena appears to have begun in September.

In its ruling this past week, the US Circuit Court of Appeals for the District of Columbia offered few clues about the company and its country of origin or what Mueller’s team sought.

In one short passage in the three-page decision, the judges describe how they had learned confidentially from prosecutors that they had “reasonable probability” the records requested involved actions that took place outside of the United States but directly affected the US. Even the company was not informed of what prosecutors had on the issue, because revealing it to the company would have violated the secrecy of the grand jury investigation, the judges said.

The range of possibilities on the identity of the company is vast. The company could be anything from a sovereign-owned bank to a state-backed technology or information company. Those types of corporate entities have been frequent recipients of requests for information in Mueller’s investigation.

And though Mueller’s work focused on the ties between the Trump campaign and Russia’s efforts to interfere in the 2016 presidential election, prosecutors have said and CNN has reported that the Mueller team looked at actions related to Turkish, Ukrainian and other foreign government interests.

Mueller previously indicted three Russian companies and 25 Russians for their alleged contributions to a social media propaganda scheme meant to influence American voters and to the hack of the Democratic Party. The special counsel and other Justice Department units continue to pursue several investigations related to Mueller’s core mission.

Another challenge of a Mueller subpoena, from Roger Stone associate Andrew Miller, began at the trial level months before the anonymous company’s action apparently began. Miller’s case is now before the DC Circuit as well but has not yet been decided by the judges. His case became public after his attorneys publicly spoke about his intention to challenge Mueller and the subpoena.

The company in the Supreme Court challenge has stayed secret—as has the grand jury proceeding it’s related to. And both the company, prosecutors and the circuit court took pains to keep the identities of those involved in the case under wraps. An entire floor of the DC federal courthouse was locked down by security on the morning of the company’s appeal argument, so that the lawyers entering and leaving the courtroom would not be seen.