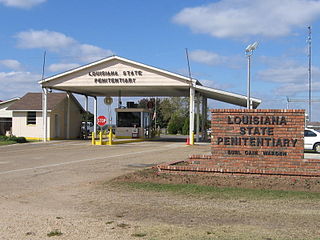 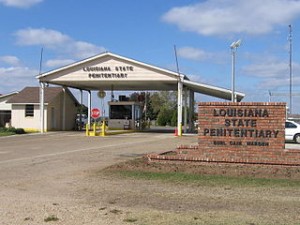 A new risk-assessment tool, to take effect this summer, is expected to help lower the incarceration rate in New Orleans, a city that still ranks among the most incarcerated places in a state known as “the world’s prison capital.”

The PSA Model, developed by the Laura and John Arnold Foundation, purports to help judges better determine which felony defendants should be allowed to go free and which should remain jailed while awaiting trial.

The tool aims to reduce the jail population by helping judges better identify low-risk defendants who could be safely released ahead of their trials.

Releasing low-risk defendants would save taxpayers money, improve fairness and efficiency in the system, and could reduce crime, according to a Monday news release from Landrieu’s office.

The PSA Model helps judges determine who should remain in jail without relying on factors like race, gender, income, employment, address, history of drug use, family status, marital status or national origin or religion, according to the news release from Landrieu’s office.

Instead, the PSA Model relies on nine factors, which were determined through testing hundreds of risk factors, according to a research summary of the project on the Laura and John Arnold Foundation’s website. The tool was created using a database of more than 1.5 million cases drawn from more than 300 U.S. jurisdictions.

The model has been adopted by more than 38 jurisdictions, with New Orleans set to become the first in Louisiana to adopt the tool, according to the release.

“The Public Safety Assessment provides judges with an evidence-based tool that can be used to identify pretrial defendants who are not a risk to public safety or a flight risk and, therefore, under the U.S. Constitution should not be detained,” New Orleans City Councilmember Susan Guidry said in the press release. “This helps eliminate racial disparity in bail-setting, as well as reduce the daily jail population without compromising public safety.”

The following nine factors, used by the PSA Model, were found to be the most predictive of whether a defendant would be rearrested or fail to appear in court:

* Pending charge at the time of the offense

* Failures to appear in court during the past two years

Though judges will consider the PSA score and risk level when making a bail determination, the final decision will always be made by the judge or commissioner, according to Landrieu’s office.

The tool forms part of an ongoing city plan to reduce New Orleans’ prison population. Before Katrina, nearly 7,000 inmates were locked up on a regular basis, which a NOLA.com|The Times-Picayune editorial once described as “a small, grim city.”

When Landrieu entered office in 2010, the jail population had dropped to about 3,400 — an incarceration rate that still ranked as the highest per capita in the U.S., according to the federal Bureau of Justice Statistics.

The 2010 rate was more than four times the national average, Landrieu’s office noted.

Since then, the city has cut the inmate population by more than 50 percent, with the average daily population consistently below 1,500 as of this year.

According to Landrieu’s office, that reduction stems partly from the New Orleans Police Department’s use of summons instead of arrest — and the launch of a Pretrial Services program in 2012.

As the mayor’s office works to reduce the number of people housed at the jail, conditions there remain under scrutiny of the federal government. An independent compliance director has been working with Orleans Parish Sheriff Marlin Gusman for more than a year to bring the jail into compliance with the U.S. Constitution as part of a 2013 federal consent decree. Darnley Hodge was appointed as the jail’s interim independent compliance director following the January resignation of the jail’s previous compliance director, Gary Maynard. U.S. District Judge Lance Africk, the federal judge who has overseen the consent decree for the last five years, wrote in a court order approving Maynard’s resignation that he was “dissatisfied with the pace of reform” at the jail.

In May 2015, the city got a boost in implementing criminal-justice reform when New Orleans was selected to receive a $150,000 planning grant as part of the MacArthur Foundation’s Safety and Justice Challenge, which offers support to those working to reduce local jail populations. About a year later, the city received an additional $1.5 million to implement its plan, which includes initiatives like the PSA Model.