The Bloomberg View: Why innocent people confess to crimes 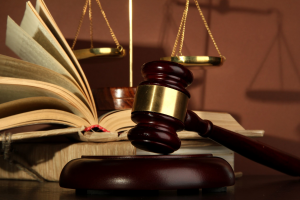 Jim Mustian of The New Orleans Advocate reports that Orleans Parish Sheriff Marlin Gusman, who pulled the plug on a state inmate re-entry program last month (a plan to reintegrate 120 state prisoners into parish jails), has announced that inmates will be relocated to the Plaquemines Parish Detention Center. The jail is largely vacant and has hundreds of empty beds.

The program, named the Southeast Regional Re-entry Program, is an attempt to curb recidivism rates among participants by offering a curriculum designed to educate prisoners and reduce the risk they will commit crimes upon being released.

Gusman abruptly cancelled the program in Orleans Parish due to a manpower shortage at the jail, saying, “We don’t have room, so there’s no commitment right now to bring anybody back… Until we get sufficient facilities, until we get adequate staff, they’re going to have to stay” (The Advocate). Gusman blamed the staff shortage on Mayor Mitch Landrieu’s administration, which he accused of discouraging recruitment by refusing to approve pay raises for deputies (The Advocate).

Landrieu spokesman Hayne Rainey has rebutted Gusman’s claim, saying, “From day one, we have stated that this is about the management of the jail, not funding… As we have reiterated, we remain committed to reaching a master settlement with the sheriff so that we can resolve all of the issues related to the jail once and for all” (The Advocate).

This conflict, which was expected to go to court, has been suddenly resolved with Gusman’s announcement that Plaquemines Parish will now house the inmates and Orleans Parish will not have to take on the extra responsibility.

The decision to move inmates to Plaquemines seems to be the best, though perhaps temporary, solution to Orleans Parish’s problems with overcrowding and underfunding in the Parish jail.