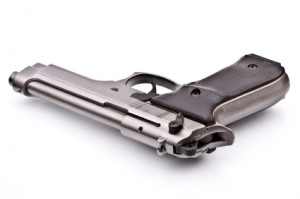 According to Nicky Woolf of The Guardian, the number of shootings by Los Angeles police officers increased by more than 50% last year. In the LAPD’s 2015 use of force report, 48 people were shot by officers last year, up from 30 in 2014. According to the report, 21 died from their injuries in 2015, an increase from 18 deaths in 2014.

Another notable statistic from the report involved the racial breakdown of the shooting victims. The report showed that black people were five times more likely to be shot by police than white people and 2.6 times more likely than Latinos, once the statistics were adjusted for relative populations (The Guardian). 23 of the 48 people shot in 2015 by LAPD officers were Latino, 12 were black, and 7 were white, in a city where the population is almost 50% Hispanic, 30% non-Hispanic white, and less than 10% black (The Guardian). The number of people shot who had indications of mental illness also increased in comparison to 2014, from 5 to 14.

Peter Bibring, the director of police practices for the American Civil Liberties Union of southern California, said that the number of shootings was “simply staggering” (The Guardian).

“Those are lives lost,” Bibring said. “And lives that the department have sworn to protect and serve as much as any other. Obviously there may be circumstances where use of force may be more justified than others, but at least in one breakdown it suggests that there were seven instances where either the suspect was unarmed or the officers perceived a weapon which wasn’t actually drawn at the time. Those seem to be avoidable, if not an outright mistake” (The Guardian).

Black people were stopped by police 160, 412 times, making them four times more likely to be stopped than white people. The black population in Los Angeles is just under 400,000, which means that in 2015 there was around one traffic stop for every two black people.

While the statistics could be perceived as alarming, LAPD chief Charlie Beck spoke in the department’s defense, saying, “This unprecedented analysis and amount of information will help the LAPD continuously improve our efforts to preserve life and protect the community” (The Guardian).

Tim Williams, a retired detective supervisor with 29 years of experience in the LAPD, said that there is a “training issue” the force needs to address (The Guardian).