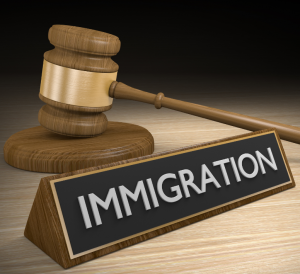 The Washington Post writes that President Donald Trump is gearing up to tackle one of his marquee campaign promises: His pledge to target so-called sanctuary cities (NOLA.com).

He reportedly plans to sign an executive order Wednesday to target the (mostly liberal) cities and counties that refuse to agree to hand over illegal immigrants to the federal government for deportation. (Most, if not all, leaders in these cities have said they will hand over immigrants charged with serious crimes like murder.)

Sanctuary cities are one of the most high-profile acts of defiance for a Trump presidency, and he has indicated he has a zero-tolerance policy for these cities and every intention of ending their deportation protections. Except, that might be easier said than done. Immigration experts say Trump could run up against constitutional, geographic and even legal challenges in trying to force these cities to stop openly flouting him (NOLA.com).

First, the geographic challenge. Trump could leave closing down these cities up to the states. Republicans control both the state legislative chamber and governors’ mansion in 25 states. Texas state GOP lawmakers introduced a bill in December to cut off state funding to sanctuary cities, hoping to follow in the footsteps of North Carolina, which in 2015 became the first (and so far only) state to effectively ban them (NOLA.com).

This month, Texas Gov. Greg Abbott, a Republican, is in a high-profile show down with the new sheriff of Travis County, threatening to cut off some $1.8 million in state grant money for her department unless she agrees to cooperate with all deportation requests.

But apart from North Carolina and Texas, immigration experts have a hard time seeing where else a ban might gain momentum. Most cities that let local law enforcement decide whether to hand immigrants over to federal authorities for deportation are in Democratic-controlled states (NOLA.com).

“A lot of the other Republican states don’t have large cities or large number of immigrants, so it’s just not an issue in a lot of these GOP-controlled states,” said Alex Nowrasteh, an immigration policy analyst with the libertarian Cato Institute (NOLA.com).

Trump could just ask Congress to pass a law cutting off funding for sanctuary cities. Except sanctuary cities have never really been a priority for Republican congressional leadership, which seems much more focused on repealing Obamacare and passing tax changes (and, when it comes to immigration, securing the border).

Plus, Senate Democrats successfully blocked two sanctuary city bills in Congress in the past two years (including one immediately after 32-year-old Kate Steinle was shot and killed in San Francisco by an illegal immigrant deported five times prior) (NOLA.com).

At the time, Senate Minority Leader Harry Reid, D-Nev., derided a sanctuary city ban as “dog-whistle politics,” pointing out crimes committed by illegal immigrants aren’t any higher than crimes committed by any one else living in America. Senate Democrats gained two seats in November’s election, so they should have the numbers to block a ban bill again.