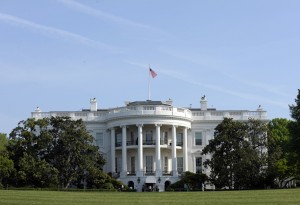 The Washington Post reports that President Donald Trump on Friday offered a fresh threat of force against North Korea, writing on Twitter that “military solutions are now fully in place, locked and loaded” if the regime of Kim Jong Un should “act unwisely.”

Trump’s latest warning came a day after he cautioned North Koreathat “things will happen to them like they never thought possible” should the isolated country attack the United States or its allies.

Trump also told reporters that his previous day’s threat of “fire and fury” may not have been “tough enough,” even as he sought to reassure an anxious world that he has the situation under control.

The Associated Press reports U.S. and South Korean military officials plan to move ahead with large-scale exercises later this month that North Korea, now finalizing plans to launch a salvo of missiles toward Guam, claims are a rehearsal for war.

The exercises are an annual event, but come as Pyongyang says it is readying a plan to fire off four “Hwasong-12” missiles toward the U.S. island territory and major military hub. The plan would be sent to leader Kim Jong Un for approval just before or as the U.S.-South Korea exercises begin.

The escalation in rhetoric by Trump – which some U.S. leaders and allies have criticized – comes as North Korea has stepped up its threats against the United States, including a potential missile launch landing near the U.S. territory of Guam.

Trump’s tweet and statements to reporters on Thursday came from Bedminster, New Jersey, where he is on what the White House called a working vacation at his private golf club.

Just this past weekend, the administration was congratulating itself for orchestrating a unanimous U.N. Security Council vote to sharply increase sanctions against Pyongyang, describing steady diplomatic and economic pressure as the keystone of its strategy (NOLA.com).

Instead, Trump said Thursday that the administration is now examining its entire military posture in Asia and that “we are preparing for many different alternative events.”

He said that he had already decided to increase the “antimissile” budget “by many billions of dollars, because of North Korea and other reasons.”