When courts are used as a weapon against the innocent 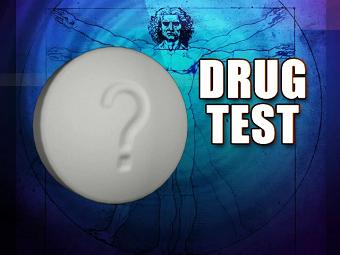 Barry Scheck of The Huffington Post and The Innocence Project: As the country — hopefully, finally — turns its attention to criminal justice reform in a concrete, non-rancorous, and constructive fashion, Pro Publica reporters Ryan Gabrielson and Topher Sanders have performed a great service through a first rate act of journalism. Their examination in the New York Times Magazine of innocent people pleading guilty in drug possession cases across the country based on false positive presumptive field tests reveals such miscarriages of justice are far more common — tens of thousands of cases — than even the most cynical suspected.

It’s yet another hidden source of distrust, anger, and despair so many have justifiably felt for so long about the everyday functioning of the criminal justice system. And when we finally get around to counting these miscarriages of justice that generally arise from car and street stops who can doubt that we will learn that people of color have been disproportionally harmed? If, as President Obama recently observed, blacks are 30 percent more likely than whites to be pulled over and three times more likely to be searched after being pulled over, it’s likely they are being victimized more often by false positive field tests. In Houston, Pro Publica found blacks made up 59 percent of the wrongfully convicted drug test defendants in a city where they are 24 percent of the population (Huff Post).

Yes, it’s important to understand the underlying root causes of this problem are poverty, race and gross underfunding of criminal justice agencies. But individual stakeholders in the system must first acknowledge personal responsibility before we can make this right: the overburdened defense lawyers who take pleas without insisting on confirmatory laboratory tests, the prosecutors and judges who promote the pleas to get high rates of “dispositions” as quickly as possible, the back-logged crime laboratories that are relieved not to do confirmatory tests after guilty pleas, and police officials who ignore the high false positive rates and assume anyone who pleads guilty after a field test must have at least been attempting to possess drugs and couldn’t be an innocent victim of an unreliable test (Huff Post).

In fact, the most telling aspect of this tragic story is that, starting in 2008, federal officials were funding local police efforts to perform presumptive field tests as a way to relieve crime lab backlogs. The policy was based on the explicit assumption that thousands of defendants would plead guilty after positive field tests because no one would require the laboratories to do confirmatory tests. That assumption was correct — 62 percent of laboratories do not do confirmatory tests after field test induced guilty pleas. But the policy overlooked the possibility that innocent people would plead guilty (Huff Post).

It simply didn’t occur to anyone that scared, poor, overwhelmed innocent people would plead guilty, even in misdemeanor cases where the risk of innocents pleading guilty just to get out of jail is generally recognized to be greater than in felonies. This is particularly troubling because the collateral consequences of misdemeanor convictions can affect nearly every aspect of a person’s life including employment and licensing, housing, education, public benefits, credit and loans, immigration status, parental rights, interstate travel and even volunteer opportunities (Huff Post).

The good news is that there are heroes in this story. Inger Chandler runs the Conviction Integrity Unit in the Harris County (Houston) District Attorney’s office. When she discovered that the crime lab had done hundreds of confirmatory tests showing defendants had years earlier pled guilty based on false positive field tests, she made every possible effort to notify the defendants and vacated hundreds of wrongful convictions. Her boss, District Attorney Devon Anderson, then instituted a policy that no one could plead guilty without a confirmatory drug test — and drug dismissals in Houston increased the next year by 31 percent. If a Houston defendant pleads to get out of jail and into a drug program, the confirmatory test is still done (Huff Post).

A policy along these lines can be efficiently adopted by every district attorney in the country with the assistance of police and crime laboratory officials. Defense attorneys and judges can take steps to make sure confirmatory tests are performed in new cases and old cases, if the evidence can be found. Federal and state funding should support these efforts. And serious consideration might be given to getting rid of the field tests entirely (Huff Post).

In short, without in any way minimizing the unforeseen difficulties involved in achieving any single criminal justice reform, this is one problem we can solve with a co-operative, good faith effort by multiple stakeholders. Why not just do it? (Huff Post)

Regan Law is a law firm with a very successful appellate and post-conviction department. Martin Regan has earned a reputation for being an experienced litigator. His defense victories extend well beyond Louisiana state and federal courts to Mississippi, Texas, Colorado, and California. He is in good standing in the Fifth, Ninth, and Tenth Circuit Courts of Appeal, the Federal Circuit Court of Appeal, the United States Court of Military Appeals, the United Claims Court, and the United States Supreme Court.