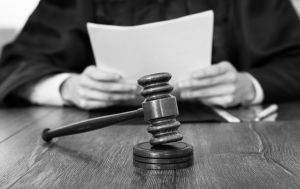 Louisiana’s incarcerated population remains “stagnant” near a historic high despite the national incarceration rate continuing a downward trend, according to a report published Thursday (June 14) from the Vera Institute of Justice.

Since 2007 when the United States reached its peak incarceration rate — 800 people in prison per 100,0000 — the nation’s overall prison population has declined by about 1 percent every year. However, the report, entitled “The New Dynamics of Mass Incarceration,” suggests that counting the country’s prison population is not the most accurate way to measure progress in reversing mass incarceration.

Instead, the authors propose measuring four variables which take into account the time it takes for policy change to affect prison population sizes, the state to state variation in trends and how local municipalities house those awaiting trial.

In a single month last year, Louisiana’s incarceration rate dropped by 5.4 percent when the state released 1,900 people in November. However, until then, the state’s incarceration rate remained largely unchanged, based on the variables measured in the Vera Institute’s report. Even with the dramatic decrease in November, the state’s rate has stayed close to the 2007 national rate, with 720 people incarcerated per 100,000 adults in Louisiana.

Louisiana’s use of jails and prisons has stayed largely consistent since 2000, according to the report, though a criminal justice overhaulpassed by the Louisiana Legislature last June might change that. Over the next 10 years, the plan aims to reduce the state’s prison population by 10 percent and the number if individuals on community supervision by 12 percent.

For now, Louisiana still has the highest incarceration rate in the country, according to the report, and the state has some of the highest rates in the world across all four variables.

The Vera Institute report comes days after another study from the Prison Policy Initiative, which noted that Oklahoma unseated Louisiana for the top incarceration rate in the country. That study, released in May, examined figures for state prisons, local jails, federal prisoners and other systems of confinement, The Tulsa World reported.