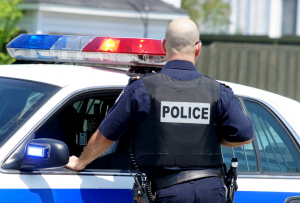 To provide New Orleans police officers with a pay raise starting in 2018, former Mayor Mitch Landrieu tapped into an initial lease payment to the city from the team redeveloping the former World Trade Center. Over the next two years, the Four Seasons project will remit $20 million to City Hall.

Even with that money, the NOPD faces what current Mayor LaToya Cantrell calls a “structural deficit” of around $3.6 million for the current fiscal year. While the Four Seasons lease payments have gone toward NOPD raises, they aren’t enough to cover the overtime officers earn at the higher pay rate.

Cantrell detailed the department’s fiscal issues Thursday (June 14) with the NOLA.com | The Times-Picayune editorial board and reporters. NOPD Superintendent Michael Harrison and Gilbert Montano, Cantrell’s chief administrative officer, were among the City Hall officials who accompanied the mayor.

Harrison said the NOPD’s response to a surge in crime the first three months of the year led to higher overtime usage. Moving forward, there will be additional scrutiny before extra hours are approved, although the NOPD won’t cut corners for major events, Cantrell said.

Although she is confident the city can find a recurring revenue source to adequately fund the police department, Cantrell said she is considering staggering the start of police recruit training classes to account for the deficit.

Montano said steps to cut costs for NOPD will not impact “core services or deployment.” Harrison stressed that Louisiana State Police will continue to augment the local law enforcement presence.

“If we put some belt-tightening measures into place, we’ll be OK,” Montano said.

Cantrell said the city has “left money on the table” in the form of unpaid franchise fees and payments for access to public rights of way. The mayor’s utilities office and city finance department are conducting an audit to determine if telecommunications companies and other businesses are meeting their obligations to the city.

One example the mayor provided was CenturyLink, the Monroe-based internet service provider. The mayor said the company owes New Orleans $7 million in access payments and recently cut a $500,000 check. “They owned up to the fact that they owe the city,” Cantrell said.

A CenturyLink representative, reached Thursday afternoon, was working on a response to the mayor’s claims.

One major constraint in moving money within NOPD’s budget is the federal consent decree. In place since January 2013, the court-mandated agreement required the department address long-standing issues with police misconduct and civil rights abuses. It will be in place another three years.

The cost for the city to implement changes called for in the decree reach into the tens of millions of dollars. Back in 2013, Landrieu pegged the price at $55 million over five years. The law firms who must monitor the city’s compliance will make about $15 million.

Rather than frame the consent decree solely as financial burden on the city, Cantrell said its requirements are setting standards that she and future mayors will be expected to uphold. As such, a permanent source of funding will need to be found to ensure the standards are met, she said.

In addition to collecting the franchise fees, Montano said a “millage reassessment” could also provide the money the police department needs. He did not indicate which tax collections should be rededicated, although doing so would need a voter approval.

In 2015, the Bureau of Governmental Research called for the city’s tax dedications to be revisited. While not taking a stance on any particular dedication, the watchdog group’s report noted “problems that can occur when tax dedications can proliferate in an ad hoc manner and are not periodically reassessed in the context of other needs.”

There isn’t a tax specifically dedicated to the NOPD, but public safety accounts for nearly one quarter of every dollar in tax revenue the city collects, according to BGR’s most recent analysis.