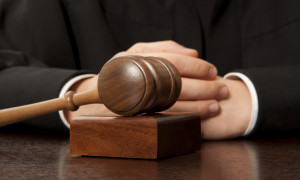 Attorney General Jeff Sessions said Friday that he has directed his federal prosecutors to pursue the most severe penalties possible, including mandatory minimum sentences, in his first step toward a return to the war on drugs of the 1980s and 1990s that resulted in long sentences for many minority defendants and packed U.S. prisons (Washington Post).

Civil rights groups, Republican lawmakers and even the conservative Koch brothers issued swift condemnations of the policy, saying that Sessions was taking the nation backward. Aggressive prosecutors, however, are likely to embrace the measure as giving them more tools to do their jobs (Washington Post).

In the later years of the Obama administration, a bipartisan consensus emerged on Capitol Hill for sentencing reform legislation, which Sessions opposed and successfully worked to derail.

In a two-page memo to federal prosecutors across the country, Sessions overturned former attorney general Eric H. Holder’s sweeping criminal charging policy that instructed his prosecutors to avoid charging certain defendants with offenses that would trigger long mandatory minimum sentences. In its place, Sessions told his more than 5,000 assistant U.S. attorneys to charge defendants with the most serious crimes, carrying the toughest penalties.

In a speech Friday, Sessions said the move was meant to ensure that prosecutors would be “un-handcuffed and not micromanaged from Washington” as they worked to bring the most significant cases possible (Washington Post).

“We are returning to the enforcement of the laws as passed by Congress, plain and simple,” Sessions said. “If you are a drug trafficker, we will not look the other way, we will not be willfully blind to your misconduct” (Washington Post).

Holder, who launched his new charging orders in August 2013, called the Sessions policy “an unwise and ill-informed decision” that “will take this nation back to a discredited past.”

“The policy announced today is not tough on crime,” Holder said. “It is dumb on crime. It is an ideologically motivated, cookie-cutter approach that has only been proven to generate unfairly long sentences that are often applied indiscriminately and do little to achieve long-term public safety” (Washington Post).

Sessions said prosecutors would have discretion to avoid sentences “that would result in an injustice,” but his message was clear: His Justice Department will be tougher on drug offenders than its predecessor (Washington Post).

“These are not low-level drug offenders we, in the federal courts, are focusing on,” Sessions said. “These are drug dealers, and you drug dealers are going to prison.”

His policy was praised by Lawrence Leiser, president of the National Association of Assistant United States Attorneys (Washington Post).

“The new guidance announced by Attorney General Sessions will restore the tools that Congress intended assistant U.S. attorneys to have at their disposal to prosecute drug traffickers and dismantle drug trafficking enterprises,” Leiser said. “These tools are in accord with what Congress has authorized and deemed necessary to fight crime and assure public safety” (Washington Post).

But Sen. Rand Paul (R-Ky), who has pushed hard for sentencing reform, said the policy will “accentuate” existing problems in the criminal justice system (Washington Post).

“Mandatory minimum sentences have unfairly and disproportionately incarcerated too many minorities for too long,” Paul said in a statement. “Attorney General Sessions’ new policy will accentuate that injustice” (Washington Post).

The Holder memo instructed prosecutors to avoid charging certain defendants with drug offenses that would trigger long mandatory minimum sentences. Under that policy, defendants who met a set of criteria — such as not belonging to a large-scale drug trafficking organization, gang or cartel — qualified for lesser charges and therefore less prison time (Washington Post).